Homes for Sale in Roseville 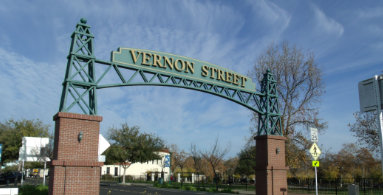 Search all Roseville houses and real estate listings below.  Roseville is located just 16-18 miles north of Sacramento, off of Interstate 80 as well as Highway 65. Roseville got its start from the railroad and was originally named Junction City but soon changed its name to Roseville.

Don't miss out on your dream Roseville home! Be sure to sign up for a free account so that you can receive email alerts whenever a new listing (that matches your criteria) gets listed in the Roseville MLS.

Better Homes And Gardens Re

Rumor has it that it was named after the many roses that were growing in abundance or from a pretty girl named Rose who won the hearts of the locals. The Union Pacific still operates the largest switching service yard in the Western States, here.﻿

Each of the areas in Roseville has been carefully planned and land reserved in order to continue their growth. Students living in Roseville attend either Dry Creek Jt Elem., Eureka Union Elem., Roseville City Elem., or Roseville Jt. Union High School District.

Roseville is quite large and has 3 separate zip codes.

This portion of Roseville is home to the Galleria with over 1,000,000 square feet of retail. Roseville has captured much of the retail trade of the region which has definitely contributed to its success and brought in tremendous tax revenue for its residents. This is in large part why those living in Roseville are able to have a large supply of parks, playgrounds and activities. Moderately priced housing with mostly stucco and tile roofs are located here. There are a few gated communities in this area.

This zip code of Roseville is where Roseville began for the most part. Downtown, older Roseville as well as the train yard is located in this area. There are also many newer homes that have been built here, as well. Modest homes, generally well cared for tree lined streets, plenty of shade with bike paths and a restored movie theater, art deco in design is the arts center.

This area of Roseville is to the east of Highway 80 and closest to Granite Bay. This area boasts of its fine schools and semi to custom homes and a definite up move up from the other 2 zip codes in Roseville.