Homes for Sale in West Sacramento 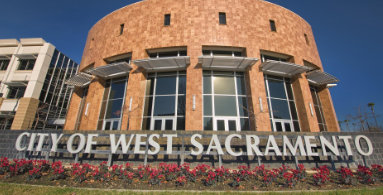 Don't miss out on your dream West Sacramento home! Be sure to sign up for a free account so that you can receive email alerts whenever a new listing (that matches your criteria) gets listed in the West Sacramento MLS.

West Sac incorporated in 1987 and the area consists of 4 areas: West Sacramento, Broderick, Bryte, and Southport.

However, today there are many new master-planned communities with luxury homes and gated communities.  West Sac is home to the Minor league, Rivercats baseball team at Raley Field which is a triple A team affiliated with the Oakland A’s., Ikea and a striking architecturally designed pyramid building known as Ziggurat.  There are about 10 bio tech firms and a company which is trying to develop a car that would be ecco friendly.

West Sac is an alternative area for buyers who work in Davis but simply don’t feel comfortable with the prices there. West Sacramento is a feasible alternative with an easy commute. A new luxury master-planned community of condos is being built called Regatta in 2006.

Over 500 new apartments are being built that range from low and middle income to luxury apartments. In Southport there are 4 subdivisions, Bridgeway Lakes with 610 homes and a 32 acre man made lake, Newport Estates with 807 homes, Southport Gateway with 357 homes, Parella 1 and Parella II with 252 homes. There are about 6 other planned sites that have been identified for building new homes in West Sacramento.